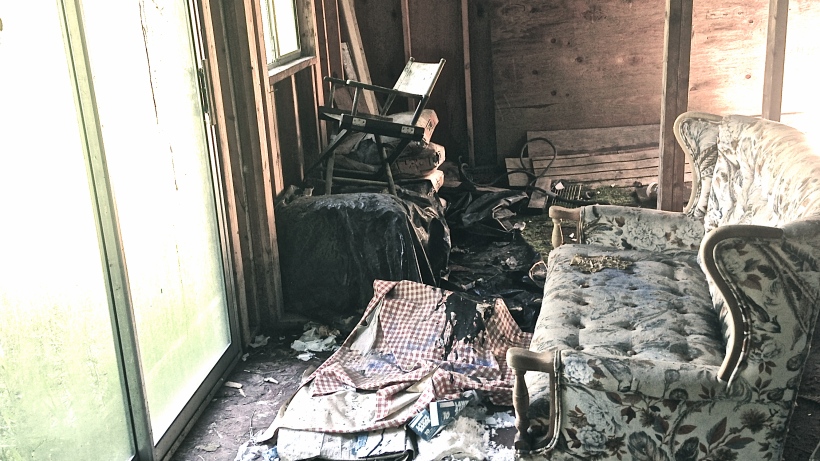 #1- A Party: Those around me have coupled off, grinding to the beat, feeling as much flesh as they can through plaid hipster fabric.

They feel sexy. They look desperate. They are drunk.

Now I am one of them.

There’s a boy behind me, grinding awkwardly. I am bored. I met him moments ago. He tried telling me something about himself but the music was so loud all I could gather was that his lips were moving on his surprisingly attractive face.
I have picked up the habit of trying to scrub off the stubborn stick-to-your-heart memories of one boy with fleeting memories of another. This is about as useful as trying to rub off honey with dirt.

Not that this stranger is dirt…. He is a human. A human with thoughts and feelings and aspirations. But at the moment he is a handsome face who keeps badgering me to rush off to one of the dingy fraternity bedrooms.

I remember when I was younger hoping that I would wait for some kind-hearted guy to give me his last name. My standards have lowered to at least knowing a boy’s last name. Brown-eyed, strong-armed frat boy does not meet the standard, so I firmly decline his offer.

I am ready to walk away and find my friends, when suddenly he grabs my chin and plants his lips on mine. It is all that one would expect from a kiss with someone unknown, in loud humid basement, with drunk college students stumbling in and out of the moment under the black light….

I do not want to go to his bedroom. Instead I go home, and brush his taste out of my mouth.

#2- A Party: It is morning. I am alone on a beige couch. Everyone else found a hook-up buddy at around 2am. They are passed out tangles of limbs in various bedrooms.

My solitude feels peaceful and safe as sunlight peaks over the cluttered window pane. Tiptoeing across the living room, I slip on my shoes and open the front door as quietly as possible. I feel as though I’ve just had a one night stand with… well, no one.

Last night a girl kissed me. I didn’t like it. I wonder if she remembers.
I wanted to kiss a boy with a friendly face who played guitar. I’m glad I decided against it.
The sunshine touches my face and I feel happy for the first time in awhile. I drive to a nearby coffee shop. I make pleasant conversation with the barista. Her smile is nice and she has silly anecdotes about her morning shift. We laugh. My coffee is warm and smells like my favorite pub in my hometown.

#3- A Party: It is loud. I can’t hear you. That’s alright. You say all the wrong things when you’re high anyways. I want to go home. But you are stronger than me. You taste like weed. Your hands are bony.

My top lip touches my bottom lip but all I feel are yours, which are no longer there. I want my own mouth back. I want to go back to kissing only who I want and saying what I believe, not what others want to hear.

You are pestering me again. You are telling me how much you want me.

#4- A Party: A pack of girls sit in a line on the couch. Legs crossed, arms folded. They are glaring at me. I have never met them. I try to be included in their conversation but they only look me up and down silently. I pretend to look at my phone until someone begins talking to me. It’s always some boy offering cheap beer. I am not in the mood. One of them takes me into a small back room. He has had over a dozen girls in that bed. Some of them are probably seated on the bitch couch.

He expects everything from me. I do not meet his expectations. Having the audacity to keep my clothes on makes him angry. I walk back out into the main room. The girls are glaring at me more intensely. I want to cry but I smile instead. I want to go home.

#5…. Not a party: Truthfully I have never trusted any man aside from my own father. No man has ever shown himself to be trustworthy. The boy across the table is no exception. I have never really trusted him. I trust him even less now than when I met him. But he is that rare kind of person who makes my tongue trip over itself like a toddler learning to walk, who makes that sad ache in my chest that settled there when I was 16-years-old fade into something warm and still.

I am smirking at his funny t-shirt. I am wishing I was born with hands that did not shake when I am tired or hungry. I am watching his eyes. I am wishing I did not think too much about everything.

He tells me about a night when he realized parties seem childish. “They just don’t interest me anymore. I keep thinking, ‘What’s the point?’ I guess I just want more in life now.”

Word for word his sentences stick in my brain. As usual, I do not tell him what I am thinking.

I think these parties are nothing.

I think I like a night of nothing. A night where it feels like there is no past and no future. Only a moment. Only a buzz. Only a laugh. Only a song. Only a kiss.

But I hate a life of nothing.

I hate going back again and again to the things that leave me emptier than before I arrived.

I hate watching my dear sweet friend struggle with depression, lying in bed all day only looking forward to the nights when she can drink until life doesn’t seem to hurt anymore. I hate how she laughs so loud and appears so happy but is so broken underneath it all.

I hate how she will feel unworthy again in the morning.

I hate how the only thing I know about the blonde across the room is that she can tie a knot in a cherry stem with her tongue and that she likes to brag about how she used to date the crass musician next to me. But there is a kindness in her eyes and I imagine that if I met her during the day she would tell stories about her favorite dog or her crazy grandmother or anything other than the meaninglessness of a knot in a cherry stem.

I hate how I can see the same boy night after night, weekend after weekend and not know a single thing about his view of the world. I hate that he may be intelligent and have a million insights into life that I’ve never thought about, but I will never hear those insights because I only see him when his eyes are bleary and his breath is thick with alcohol.

I hate how back row Billy is the smartest kid in the room, but he won’t even pass COMM 101 because he’s too hung-over to show up to class half the time. He told me once that he wanted to be an ambassador and travel the world. I can’t think of a better candidate for the job. But now he only says that if he drops all his classes soon enough, he won’t fail the semester.

I hate the “one time things” that almost always lead to one person wanting a two time thing. A three time thing? Even just one more “Hello, how have you been?” than the other person is willing to give.
I hate the inevitable text message. The simple, “Hey,” or, “Want to hang out again sometime?” or “You left (fill in the blank of whatever possession the case may be). Would you like to come pick it up?”
Most of all I hate the indifferent reply: “You can keep it.” Subtext: I thought we had an understanding. I already got what I wanted from you.  Subtext: You might matter to someone but you don’t matter to me.

“What about you?” he asks. My mind returns to the table.

“Um, I go to them occasionally… Once in awhile is enough.”

A moment later he tells me a story about running from the edge of a storm on a back road in the rolling hills I know all too well.

It all sticks to me.