He’s wiser and stronger than people know and not nearly as well behaved as they all seem to think, and for quite some time he’s said to me,
“I like that you know me the best and still love me the most.” 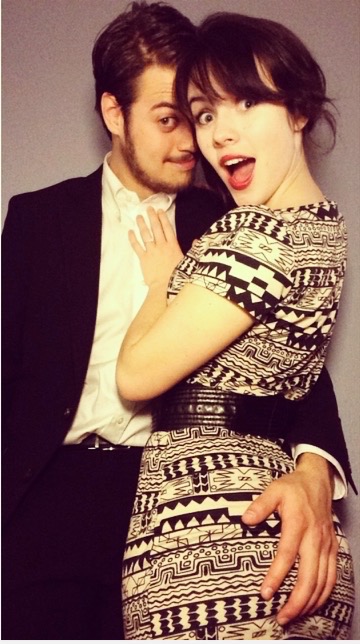 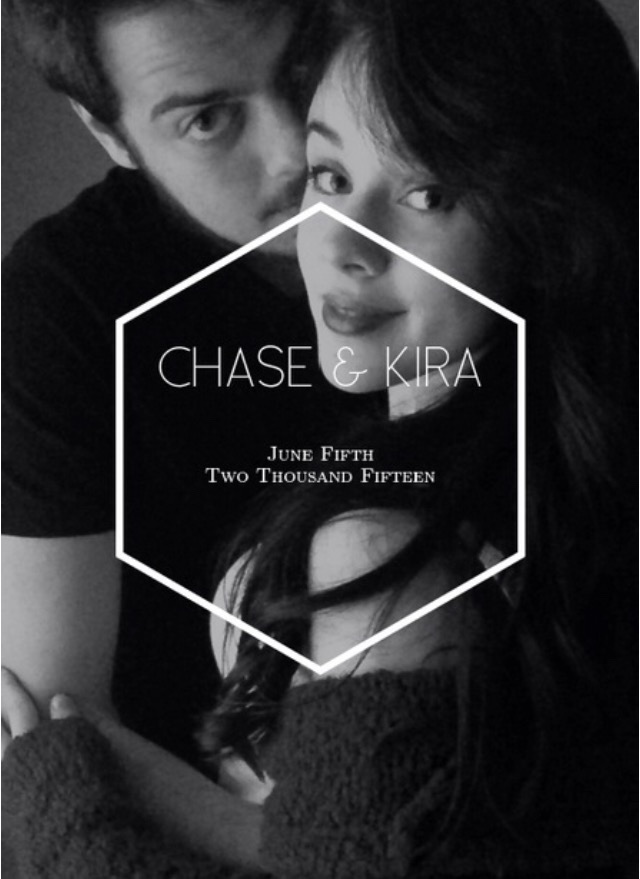 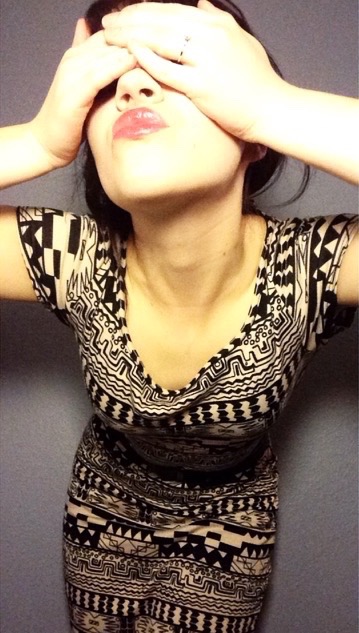 On Sunday, October 26, I was mildly uncomfortable at the sight of the man who will soon be my husband. We were separated by a crowd of church-goers milling about in the Student Union Building. He had asked me out the week prior and our first date was in a couple of days. Although we had known of each other for years, I had only had a couple of brief conversations with him. From a ways off I could surmise a few things. He was hairy. So hairy. And tall. His face looked stern and his eyes were so large and dark it was, at least at that exact second, intimidating.

“Oh-no!…” I thought as I dared glance again at the sullen looking stranger.

A tightness grew in my chest that tends to grip me just before it becomes difficult to breath. I wanted to cry. What a dreadful realization to think you’ll have to marry someone who is nothing more to you than an acquaintance with very thick eyebrows!

Then I realized this was completely ridiculous. Obviously. So the feeling faded as quickly as it came.

“Perfect,” my mind nodded in response to its own voice of reason, “I will have a nice conversation with a nice boy and won’t even have to think about marrying anyone for a very long time. Just coffee…. I like that. Just coffee.”

Suddenly, I felt completely at ease.

I’m glad that who I was in that moment had no idea she would be engaged by February. I’m even more glad that who I am now knows that getting engaged to that big-eyed hairy man is the best earthly decision I’ve ever made.

However, if I had found out amid my pre-panic-attack that I would marry him, here’s what present me would have told October me:

First off, we both know those unreasonably large brown eyes are awesome. Don’t even pretend you don’t like them.

And yeah, he’s hairy, but you’ll learn to love that big mop on his head. Even after he finally cuts it off, you wouldn’t mind if he grew it back all over again.

It’s actually a good thing that he seems to be the size of a tree to you. That means you can climb him like a koala bear at any given moment. It’s pretty fun and he won’t even think you’re strange.

Don’t be tricked into thinking he’s all that serious. He’s actually a goof. He will laugh with you about anything from silly and sweet to blatantly crass. Which reminds me, he’s not a legalistic bore and thinks all the things you used to get scolded for are cute. You know… “naughty” words, tight skirts, passionate outbursts. They’re his favorite when it comes to you.

Don’t think he’s stern. He has the warmest heart of anyone you’ve ever met. When you are selfish and unreasonable, he will be patient and kind. When you are rigid towards him, he will be soft towards you. More often than not, he’ll be the one teaching you how to be more sensitive.

Turns out, you were right the first time you met him when you were sixteen. Remember? You thought he was cute. You noticed his kind heart. You liked that he was nerdy. You hoped, almost expected, that someday, a ways down the road, you’d marry him. Even when you dutifully brushed the thought aside, it didn’t frighten you. It felt like your own little secret, knowing that the two of you would be perfect together.

Right now, you’re too frightened by life to notice, but that’s okay. It’s his little secret now and he knows it better than you ever did. He’ll patiently adore you until you figure it out:

The two of you will be perfect together.

I am the best student at that which is not in the classroom. If puddle jumping were graded, I’d never miss an assignment, although the best part about puddle jumping is that it isn’t graded at all. 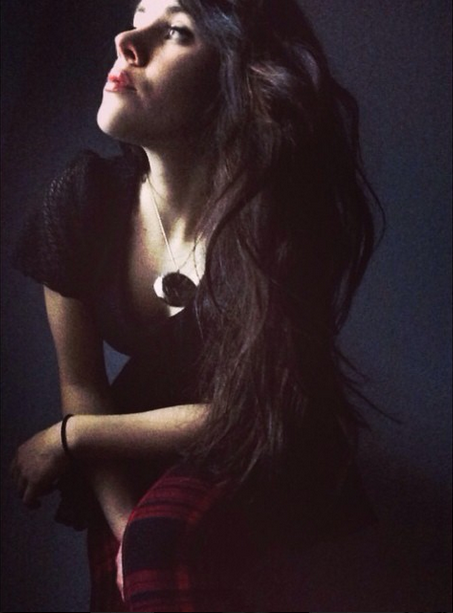 If there were tests on how to adore another human, I’d already have my degree. If homework were kisses and laughter and love, I’d be a straight “A” student. My studies would be textbooks pushed off the table that we only use to entangle. Human anatomy learned by my own hands, eyes, lips, legs. Graded papers stacked only to be used as stands for coffee mugs, leaving circular stains as perfect picture frames.

Use your red pen to critique how I sing lullabies and never miss the sadness behind a fake smile. Give me a grade point average for diligence or dedication, patience or passion. Crunch the numbers. Put it on a transcript. Measure my worth if that is what you insist on doing.

But when you find it doesn’t fit on a transcript, that the numbers don’t add up, define me by my score in the classroom, because that is the way things are done. 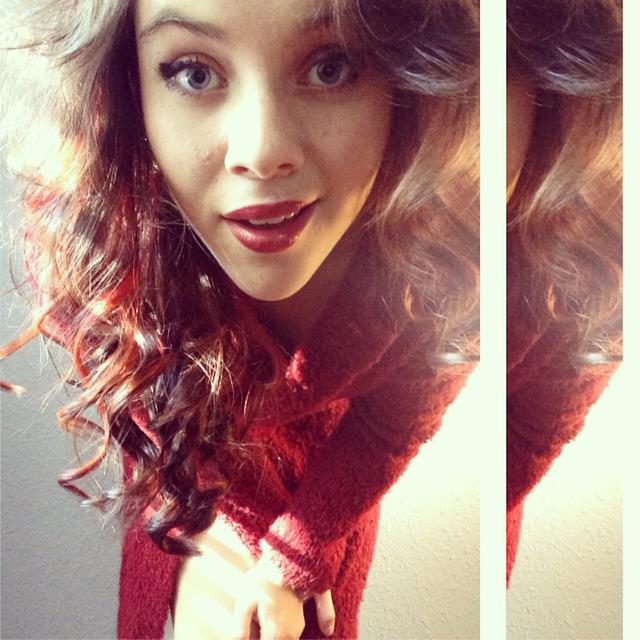 Flattery is poison. But some poisons are more lethal than others.

My mother once told me the most dangerous kind of flatterer, is the one who flatters who he wants you to be, not who you are.

“He’ll take one little piece of you and pinpoint it,” she said, “He’s not lying. It is there. It is a part of you, but it’s not all of you. It’s a tiny part that serves him best. Then he’ll flatter it and glorify it and remind you of it as often as possible, because he wants you to think that is all that you are.”

The man who desperately wants to run away with a girl, to have an affair with her, to do anything that only a man who wishes for a girl to rebel against her own heart and home would do, he will flatter her free spirit. He will praise her boldness. Anything she does that is pushing the limits of convention, that is creative or progressive, he will respond to these things with kisses that taste like honey and words that warm her insides. But her softer thoughts, her love of safety, her want to place discernment over frivolity, he never praises that.

The man who wants nothing but her submission, nothing but a passive girl who will let him rule in a rigid home, he will praise only her sweetness, the way she sits quietly when she reads a good book, the way she smiles politely when other girls get angry or frustrated. When she does these things he will make her feel wanted. He will make her feel “good enough”. But he never encourages her passion, the fight in her eyes, the sharp resilience of her backbone.

Well to the flatterer, don’t bother with me. Don’t act as though my wilder nights define me simply because that is the definition that suits you best. I may forget tomorrow by moonlight and chase after stars, but I will still have ambition beyond the thrill of a moment. I will still have discipline beyond my desires.

And don’t glorify me in my best Sunday dress when it is rigid and still untouched by windy afternoons. My heart is steadfast but the rest of me is always in motion. So don’t act as though I am best when I follow every rule and it is an unfortunate fluke when I go against the grain. If you don’t like me barefoot, you don’t like me at all. If you prefer I never let my hair down, I prefer you go away.

You may flatter my eyes

the freckles on my nose

anything superficial enough that I might have enough silliness or vanity or insecurities to listen for awhile,

But flatter any fragment of my soul and you’ve already lost.

I watched the grownups play that game as a child.

I learned the rules before you even asked me to play.